The A-TEC Technical Exchange, hosted by Avonix Imaging, is a bi-annual Educational and Networking event for professionals involved in Radiographic Nondestructive Testing, specifically Digital X-ray and Computed Tomography.  The content and experiences are designed to be accessible for all job descriptions; beneficial for those contracting the technology as a service as well as technical enough for highly experienced users in the industry.

For 2022, the event is scheduled for one and half days and will include formal presentations, round-table discussions, networking lunches, as well as a casual open house with live X-ray / CT System demonstrations.

Participating in the event will allow you to connect with industry experts, learn about the successes and challenges others have faced, share your knowledge, and obtain ASNT Level III points. 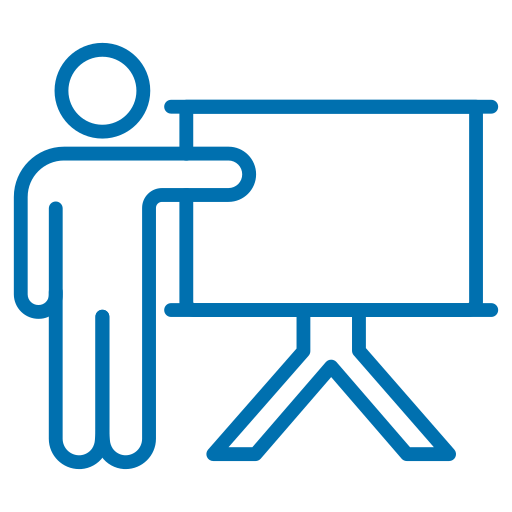 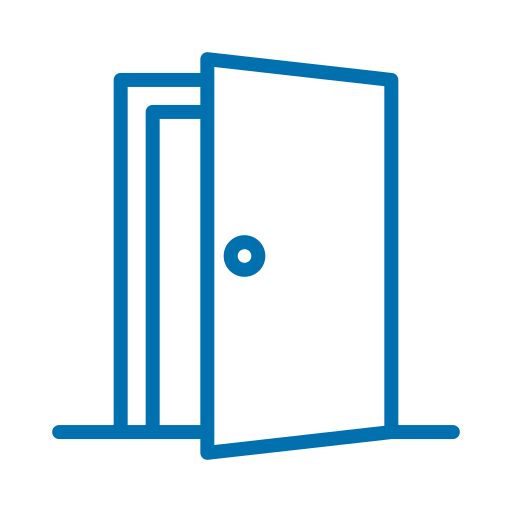 Have a look around the Avonix Imaging Headquarters during an open house. 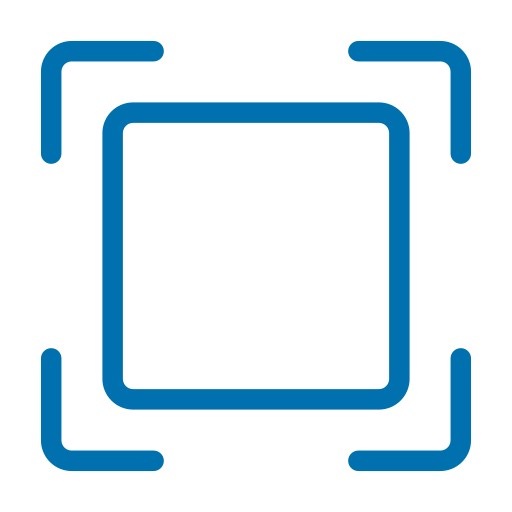 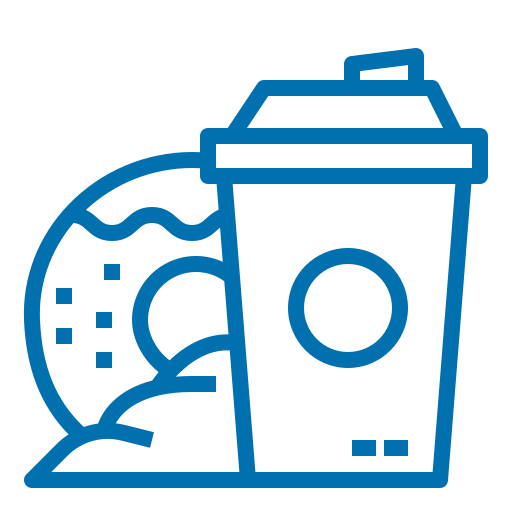 Discounted block of hotel rooms are available at Marriott Minneapolis Northwest (Event location).  Block of rooms will be available until August 31st, 2022.

Gain access to the latest updates from industry experts. You'll also be able to build partnerships through networking opportunities and will have the ability to engage in constructive dialogue among attendees.

Brig. Gen. Greg A. Haase was the Special Assistant to the Director, Air National Guard, assigned to the Headquarters, Air Force, Total Force-Continuum (TF-C), Pentagon, Washington, D.C. On behalf of the Secretary of the Air Force and the Chief of Staff of the Air Force, the Total Force-Continuum works to identify the appropriate balance of active and reserve components across missions and platforms; and to reduce legal, organizational, policy, and cultural barriers to become a more fully integrated Air Force. Some key elements of the directorate include current operations, counterdrug, force protection, future operations, cyberspace, joint exercises and combating weapons of mass destruction.

General Haase graduated from North Dakota State University in 1983 with a bachelor's degree in civil engineering. He then joined the N.D. ANG and attended Avionics Aerospace training at Lowry Air Force Base. In 1984 after completing the course as an honor graduate, he trained as a guardsman on the F-4 Phantom while pursuing a master of science in Civil Engineering. He was selected for undergraduate pilot training with the 133d Airlift Wing in 1985. He completed the course as an "Academic Ace" in 1987. In 1998 he served as Commander, 109th Airlift Squadron, St. Paul, Minn., his first of three, non-deployed, command assignments to include the Logistics Group, Maintenance Group and the Airlift Wing. Departing the wing, he became the Director, Joint Interagency Counter Trafficking Center for European Command, Stuttgart Germany, focusing on Counter Narcotics, Counter Threat Finance and Countering Transnational Threats. General Haase's prior assignment was the Vice Director Domestic Operations and Force Development for the National Guard Bureau.

Chris Cosgrove is Metrology Group Manager for SURVICE Engineering. In this role, he provides leadership for SURVICE’s dimensional inspection, reverse engineering, and rapid prototyping support services for customers in many industries with commercial and government applications.

Cosgrove has a degree in mechanical engineering from Lafayette College, and a background in vehicle survivability and weapons lethality modeling, simulation, analysis, and testing.

Kyle has worked in the X-ray lab within the Specialized Munitions Division at Crane for the last 12 years.  In 2013 he received his Level III certification in Radiographic Testing from the American Society of Nondestructive Testing. Along with this Kyle is the Student Outreach Chair for the Central Indiana Section of ASNT, and also serves as the current secretary for the Penetrating Radiation Committee at the national level with ASNT.

Kyle also participates within the ASTM E07 committee on Nondestructive Testing, and is also the Navy liaison for the NAS 410 standard within the Aerospace Industries Association. Kyle has spent his career focusing on digital imaging with a heavy emphasis in Computed Tomography analyzing complex munitions for the United States Navy.

Paul is currently President of The Madison Group, a plastics engineering firm that was founded in 1993. He is involved in the design verification, material selection and failure analysis of plastic parts. He was an Adjunct Professor at the University of Wisconsin- Madison from 2003 – 2013. He is a co-editor of the Injection Molding Handbook published by Hanser Publishers, which has been translated to Chinese and Russian.

Paul is a contributing author to the 2nd edition of the book Failure Analysis and Prevention. He currently serves on ASTM’s D20 committee and on several Underwriter Laboratories technical panels. He is an Honorary Service Member of the Society of Plastics Engineers where he has held several leadership roles since 1990.

Dr. Thomas Spirka is a Senior Applications Engineer with the Simpleware Group at Synopsys. In this position, he works closely with engineers and researchers to solve image based modeling problems through service projects, technical support and training.

Through his current and previous positions, Thomas has acquired over 10 years of experience in working with image based models for various applications, including non-destructive evaluation, and quality control. Thomas completed his doctorate in Engineering at Cleveland State University.

Dr. Diaz has worked on the surface optimization of metal Additive Manufacturing (AM) components using
chemical-mechanical polishing techniques for the last 7 years at REM Surface Engineering. During this time, Dr. Diaz has developed different processes to achieve defect-free surface finished AM-built components to display optimal performance under mechanical stress. Part of his research is focused on the study and characterization of the surface texture of AM components built by different techniques, primarily powder bed methods and blown powder direct energy deposition.

Other research areas that Dr. Diaz has been involved in encompass the synthesis, intercalation, and surface modification of inorganic layered nanomaterials for various applications; including drug delivery, emulsion stabilizers, nano-surfactants, lubricants additives, fire retardants, catalysis, catalytic supports, among others. He has authored 22 peer-reviewed research papers, has over 1100 citations, various patents, and several books including two chapters on the surface texture characterization of metal AM components for the aerospace industry, and their implication on fatigue
performance.

Moreover, Dr. Diaz is very active on standard committees, professional organizations, and other broader impact activities. He is a member of the B46 Project Team 53- Surface Finish for Additive Manufacturing and B46/Project Team Pool. In addition, Dr. Diaz is the Co-Founder and Marketing Editor of the LatinX Can Podcast, a bi-weekly podcast series that talks to LatinX professionals while they share their experience about how they turned their professional dream into reality in USA.

Sam Callander is the North American Sales Engineer and Business Development manager for Volume Graphics Inc. (Hexagon) covering western US/Canada, as well as Mexico. Originally from Minnesota, Sam has been working in metrology and CT based rolls for over 10 years. Along with a love for technology he also enjoys playing and attending live music and being outdoors, no matter the activity.

Chris Peitsch is a subject matter expert in industrial computed tomography (CT) and is currently Business Development Manager for X-ray and CT systems at Avonix Imaging. Prior to joining Avonix Imaging in 2020, he was a research engineer at the Johns Hopkins University Applied Physics Laboratory (JHU/APL), focused primarily on x-ray computed tomography and its applications in additive manufacturing, electronics systems inspection, and aviation security. Before joining JHU/APL in 2017, Chris worked at Chesapeake Testing where he launched a large x-ray/CT inspection service laboratory. Chris has earned a B.S. in Electrical Engineering from the University of Maryland, College Park, and a M.S. in Electrical & Computer Engineering from the University of Delaware.

Andrew Ramsey graduated in physics from the University of Cambridge in 1986 and has been working in X-ray CT since the early 1990s, first as a software engineer and then as a technical advisor to sales staff and customers worldwide. Originally based out of Nikon Metrology’s UK factory, Andrew has been supporting sales in the Americas from Nikon Metrology’s office in Brighton, Michigan since early 2018.

Daniel Shedlock received his B.S. and M.S. in Nuclear Engineering from Pennsylvania State University and his Ph.D. in Nuclear and Radiological and Engineering Science from the University of Florida. His first career in the nuclear industry was related to characterization and classification nuclear reactor components. During his Ph.D. work at the University of Florida he worked on developing high resolution x-ray backscatter imaging for supporting the space shuttle’s return-to-flight after the Columbia accident. Daniel spent 5 years as Director of the Scatter X-ray Imaging Team at Nucsafe (now part of Rapiscan) before working for the Ginzton Technology Center (GTC) of Varian Medical Systems in 2012. At Varian Medical Systems he worked as part of the team to help launch new products and develop cutting edge technology for industrial, security, and medical markets as well as support application development for customers. As part of Varex Imaging, Daniel is program manager of Industrial Imaging Services, with a focus in providing high energy (great than 1 MV) CT and DR imaging services. Industrial Imaging Services also supports customer development of new radiography applications ranging from 20 kV to 15 MV for DR and CT for the non-destructive testing (NDT) and security industry. 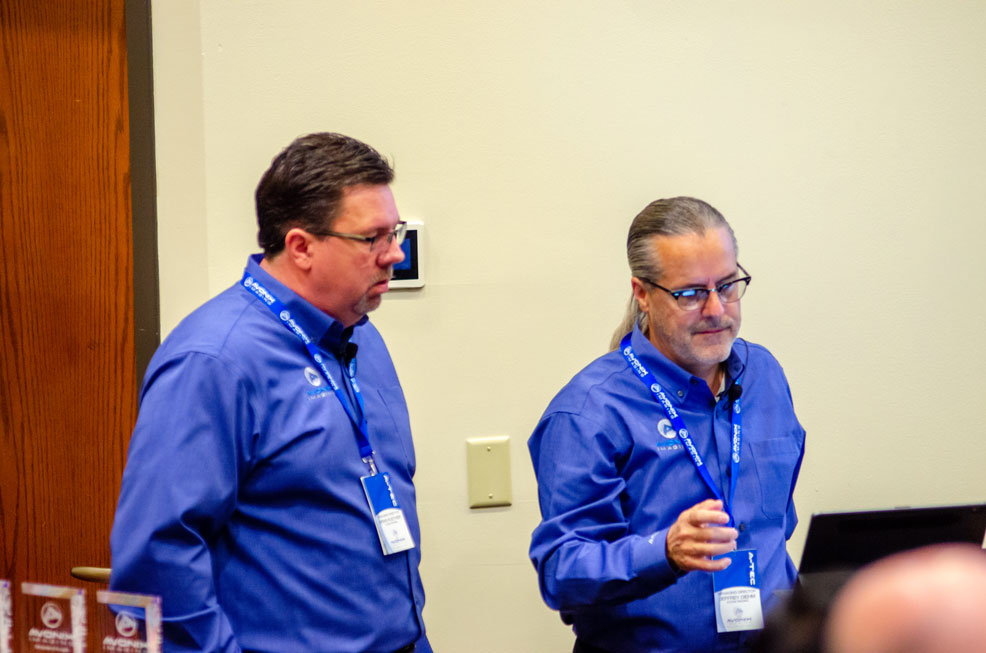 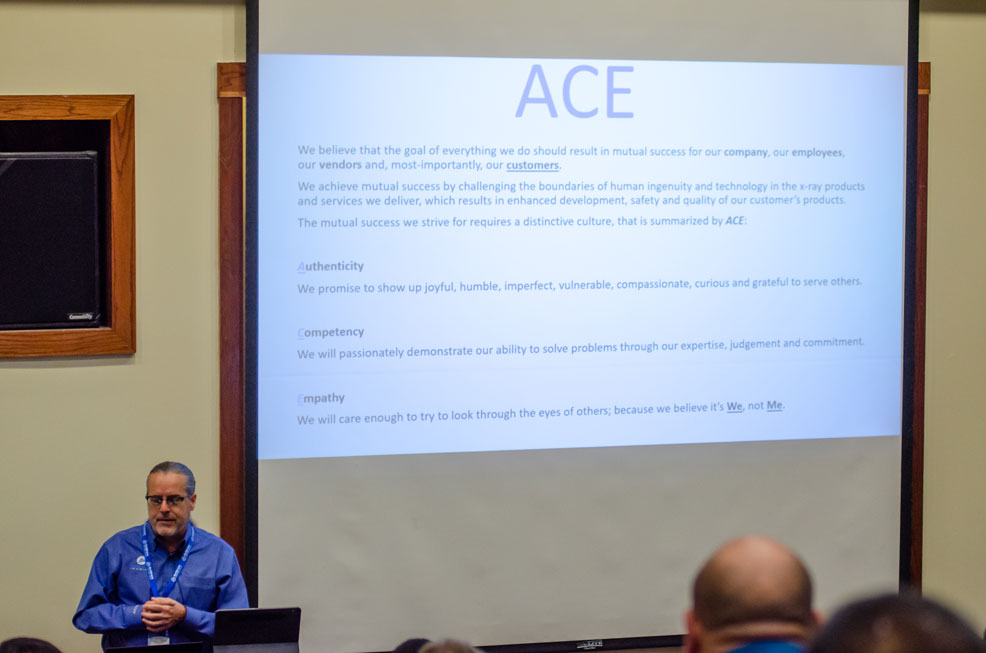 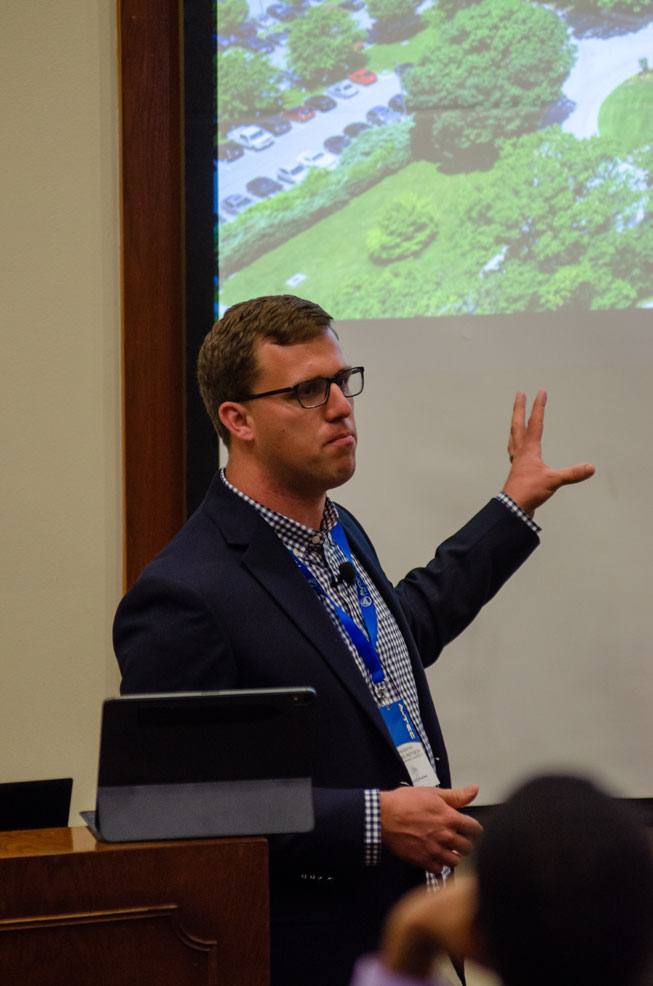 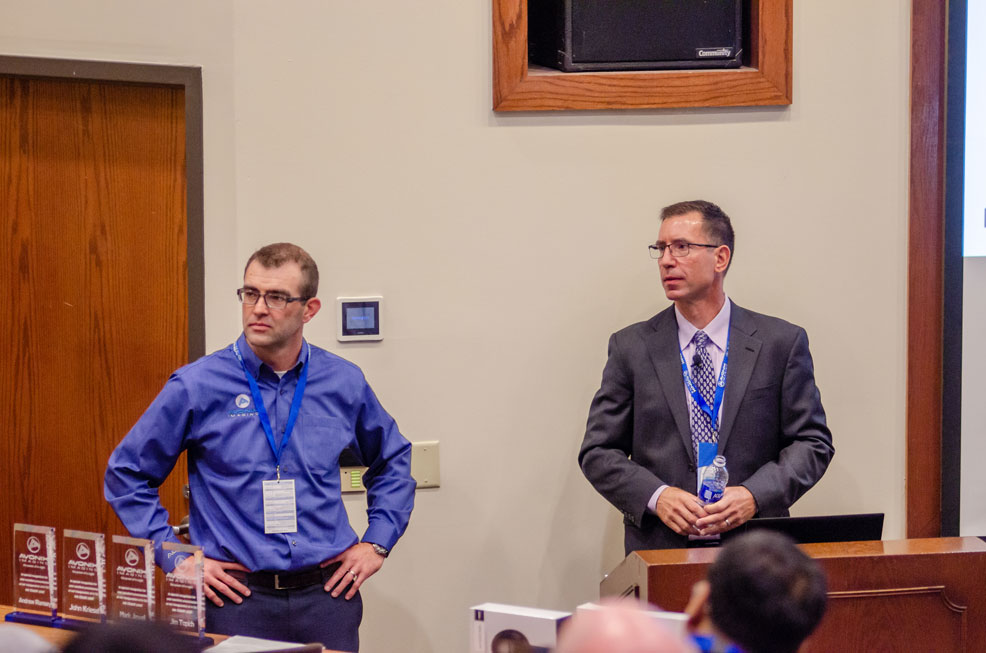 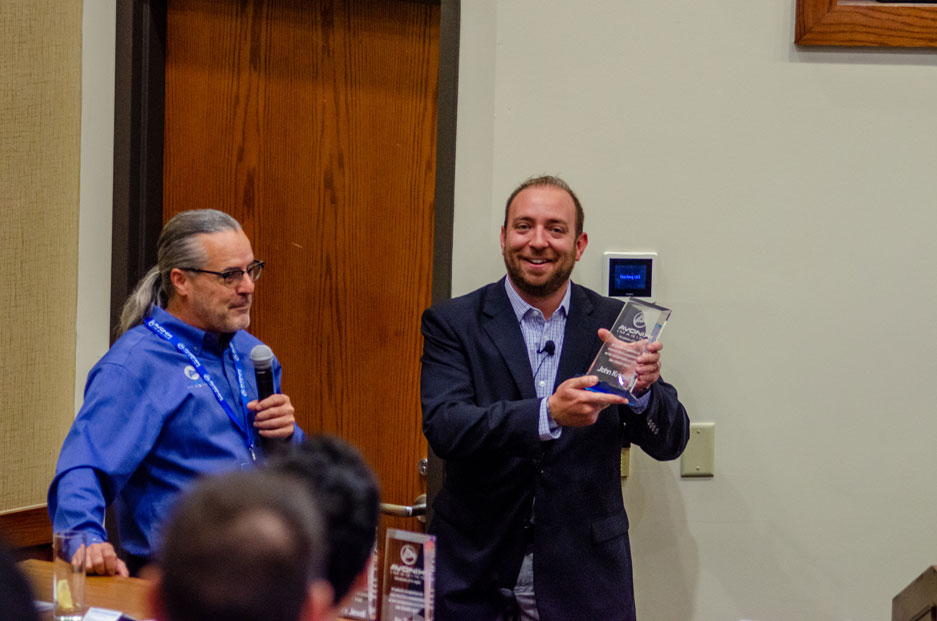 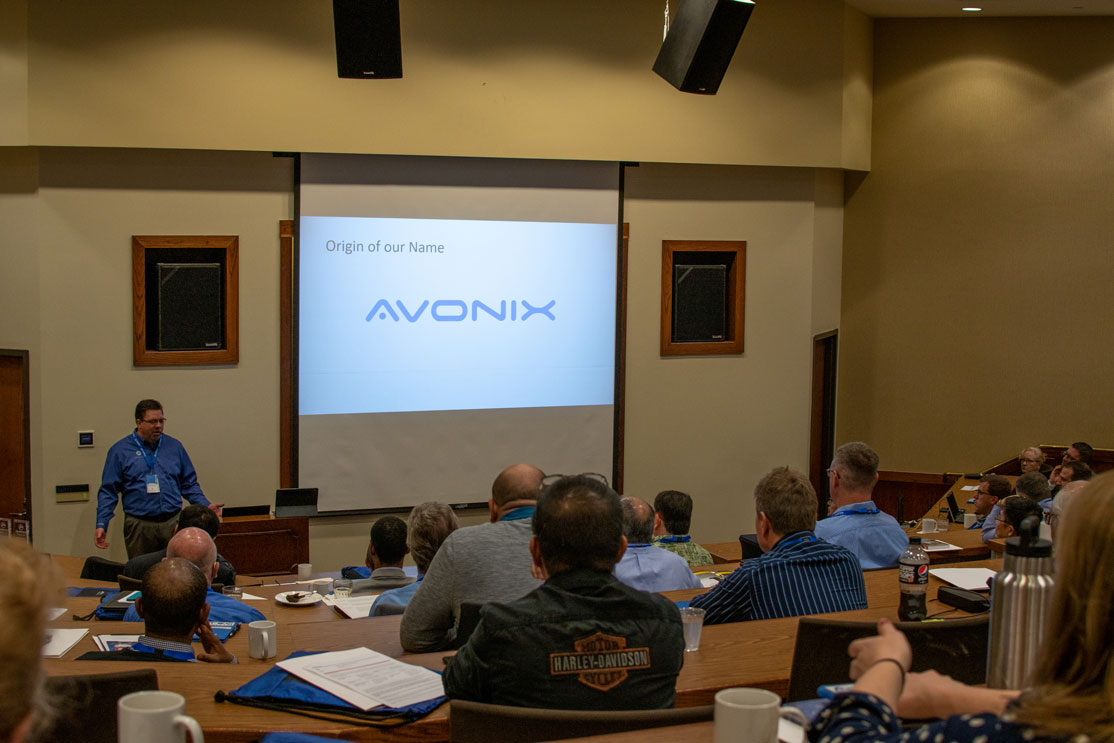 Register for A-TEC 2022!
Avonix Imaging is excited to announce they will be hosting A-TEC 2022 on September 20 and 21, at the Minneapolis Marriott Northwest amphitheater near Maple Grove, MN.
Learn More